Getting the Founding Principles back into our schools' curriculum

AMERICA’S FOUNDING PRINCIPLES
December 16, 2013
To Whom It May Concern:

Just Ask Yourself, where would our country be if our Legislators and Elected Officials would just follow these 34 Founding Principles that are originated by those Unalienable Rights endowed to us by Our Creator through Natural Law established throughout the Constitution of the United States.
The 34 Founding Principles are as follows:

1. Creator-Endowed Unalienable Rights of the People;
2. Purpose of Government:
a. To Protect the Unalienable Rights of the People, and,
b. To Protect the People from Violence and Fraud
3. Natural Law-Ultimate Source of Constitutional Law;
4. Rule of Law, Not of Men;
5. Justice for All;
6. Innocent of any crime until Proven guilty;
7. No Cruel and Unusual Punishment;
8. A Virtuous and Moral People;
9. a People Educated to Understand the Principles of Government for a Free People;
11. Separation of Powers with Checks and Balances;
12. Constitutional Limitations on Government’s Power to Tax and Spend;
13. Economy in Spending, Prompt Payment of Public Debt
14. Money with Intrinsic Value and Standards of Weights and Measures;
15. Strong Defense Capability;
16. Supremacy of Civil over Military Authority;
17. Right of the People to Keep and Bear Arms;
18. Decisions by the Majority within a Constitutional Framework;
19. Representative Government with Free and Frequent Elections;
20 A Right to a Speedy Trial by a Jury of Peers;
21. Right to Ownership of Private Property and Encouragement of Commerce;
22. Freedom of Religion;
23. Freedom of Individual Enterprise;
24.  Freedom of Speech and the Press;
25. Freedom of Person under Protection of Habeas Corpus;
26. Due Process of Law;
27. No Ex Post Facto Laws or Bills of Attainder;
28. No Unreasonable Searches and Seizures;
29. Grand Jury Indictment of Capital Crimes before a Person may be held to Account;
30.  Peace, Commerce, and Honest Friendship with ALL Nations;
Entangling Alliances with None;
31. A Written Constitution- The Supreme Law of the Land- Prescribing Within Itself the
Only Lawful Methods of Amendments by its Keepers, the People;
32. No Laws Giving Favorable Treatment to Members of Congress than to the Citizens;
33. Freedom of Peaceful Assembly;
34. Eternal Vigilance by “We the People”.

To Date, the Michigan Liberty Preservation Resolution (MPLR), nullifies the NDAA  indefinite detention provisions at a county level.  The MLPR has been approved in 3 counties in the State of Michigan by Allegan, Oakland and Gratiot County Board of Commissioners.  The revised Michigan Liberty Preservation Resolution (MLPR) is a good template to start the Nullification process in your area or County, just copy and paste the name of your county or the name of your organization, approve it then send it to Obama, Reed, Boehner and to the local state governments. state legislatures and the Governor!

Bill Sage
Posted by act4kzoo at 4:49 PM No comments:

WHEREAS, the Constitution of the United States, along with the Declaration of Independence, codifies our God-given rights and freedom and is the foundation of our nation’s laws, and the basis of our Constitutional Republic form of government
; AND

WHEREAS, the indefinite military detention without trial of any person, including US citizens, could be allowed by Sections 1021 and 1022 of the National Defense Authorization Act (NDAA); AND

WHEREAS, the NDAA corrodes the ideals of presumed innocence and right to a fair trial on which our nation was founded, and which generations of activists and military servicemen and women have fought to preserve; AND

WHEREAS,  this Allegan County Board of Commissioners a legislative body, re-affirms its gratitude for the supreme sacrifice of those in the Armed Forces who have died in battle in the name of those same cherished rights and liberties; AND

WHEREAS, the NDAA’s detention provisions could, under Humanitarian Law Project v. Holder, allow the targeted detention of activists, journalists and other Americans exercising their First Amendment rights despite the crucial role of Free Speech in preserving liberty; AND

WHEREAS, the NDAA’s detention provisions could allow the recurrence of torture in military detention in violation of the Eighth Amendment; AND

WHEREAS, the detention provisions could force US military service members to serve as domestic jailers, a role for which they are neither trained nor equipped, nor is ever appropriate and is highly unconstitutional; AND

WHEREAS, the FBI Director, the Defense Secretary, the Director of National Intelligence, the Department of Defense, and many of our nation’s generals, admirals, judges and servicemen and women have opposed the NDAA’s detention provisions; AND

WHEREAS, this Allegan County Board of Commissioners a legislative body, has an extensive duty and a oath of affirmation to protecting its residents’ civil rights and liberties as embodied in those inalienable rights endowed to us by our creator through this natural law found through out the Constitution of the United States of America and it’s duty in the rejection of sections 1021 and 1022 of the 2012 NDAA;

BE IT RESOLVED, that all agencies of Allegan County up to and including Allegan County Sheriff Department and all police departments in the jurisdiction of Allegan County are instructed to decline requests by federal agencies acting under detention powers of Sections 1021 and 1022 of the National Defense Authorization Act of 2012 that could infringe upon residents’ freedom of speech, religion, assembly, privacy, rights to counsel, or other rights not here explicitly enumerated as well as their safety from harm committed by politically powerful domestic enemies of the Constitution; and

BE IT RESOLVED,  that this Allegan County Board of Commissioners sends a message from this legislative body to Congress that the 2001 Authorization for Use of Military Force (AUMF) should expire at the end of the war in Afghanistan so that the government can not continue to use the AUMF as jurisdiction for it’s claims that war is everywhere and anywhere and that the president can order the American Military to imprison without charge or trial people indefinitely detained far from any true battlefield; and

BE IT RESOLVED, That this Allegan County Board of Commissioners hereby sends a message to Congress that sections 1021 and 1022 should be repealed and copies of this Resolution be immediately transmitted to Barack Obama, President of the United States, the President of the U.S. Senate, the Speaker of the U.S. House of Representatives, each member of Congress from Michigan, to John Roberts, Chief Justice of the United States Supreme Court; each justice on the United States Supreme Court; Michigan Governor Rick Snyder, Attorney General Bill Schuette, each justice on the Michigan State Supreme Court, and the Michigan State House Speaker and Senate Majority Leader and all County Board of Commissioners therein; and

BE IT FURTHER RESOLVED, that the Allegan County board of commissioners hereby calls on Gov. Rick Snyder and the Legislature, and specifically Senator Rick Jones and Representative Genetski, to support and enact HB5768  that prohibits state/local employees and the national guard from aiding federal agents and or armed forces in any investigation, arrest, or detention of any citizen within the State of Michigan under the NDAA, of which, will help to safeguard our individual freedoms and civil liberties of the citizens of Allegan County and the State of Michigan from an overpowering federal government;
Thank You, 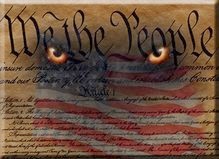